If you are a New Yorker, or even a frequent visitor, you will have noticed the rapid and dramatic changes to our skyline in recent years.

Many a visitor is surprised to see the tall, skinny 432 Park Ave so prevalent to the eye. It's silhouette is ubiquitous in every vista of Manhattan these days, and it is in fact the tallest structure in the city (if one does not include the 408' spire of One world Trade Center in official height!), acknowledged as the tallest roof of any NYC building, and currently it holds the title as tallest residential tower in the Western Hemisphere.

But there are many more supertalls on the way. (Click the link to see a list of existing, proposed or under construction towers all topping out over 984' high). The highest of which will be Central Park Tower, just at the southern edge of Central Park, along 57th St (now known colloquially as "Billionaire's Row), topping out at 1550'. This stunningly high building is currently under construction, as is 220 Central Park South ( pictured below). This soaring monolith is "only" 953' high, so alas, while providing bird's eye views, is not considered a supertall.

Gregg Pasquarelli, founding principal of project designers SHoP, describes the building as "Badass". I think more appropriate words would be "outrageously inappropriate" or "completely incongruous" - but that is just my opinion. This is NYC , and the only constant is change. It's part of what makes this city so vibrant and exciting.

What is happening in Long Island City, though, is astounding - there are not one or two new tall buildings poking up into the sky, as has been happening consistently, year by year, as that neighborhood continues to grows in size and change in character rapidly. Now there are a forest of new huge towers rising, like crystals growing out of control in a science experiment. This glut of new housing makes that once quite industrial neighborhood unrecognizable - and, to me at least, it is somewhat alarming. Driving through that nabe on a recent summer night, the lights from the still unfinished myriad towers made the area look like a huge manufacturing site, or a shimmering post-apocalyptic Oz being rebuilt. Click here for a map of "Long Island City's thousands of incoming apartments", 45 new buildings! Will they all get the great views of the Macy's 4th of July fireworks? Will the fireworks continue to be set off from barges on the East River at LIC? This all remains to be seen...

What is known is that NYC is building. Lots of buildings, high buildings, bringing more and more density to an already packed metropolis - Plus ça change, plus c'est la même chose. 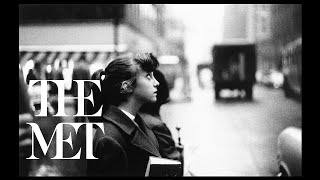 The Best Restos in NYC - ranked